“Agmon was born in 1932 in Amsterdam. He immigrated to Israel from the Netherlands, as a refugee and a holocaust orphan. As an adolescent he tried to be assimilated into the Israeli youth. Later on he began to study painting in Bezalel Academy of Arts and Designs in Jerusalem. He was the favorite student of the famous painter Mordechai Ardon. He won the Sharet Fund Prize, and then went back to the Netherlands for completing advanced study. He came back to Israel and settled in Beer-Sheba (a city in Israel).” 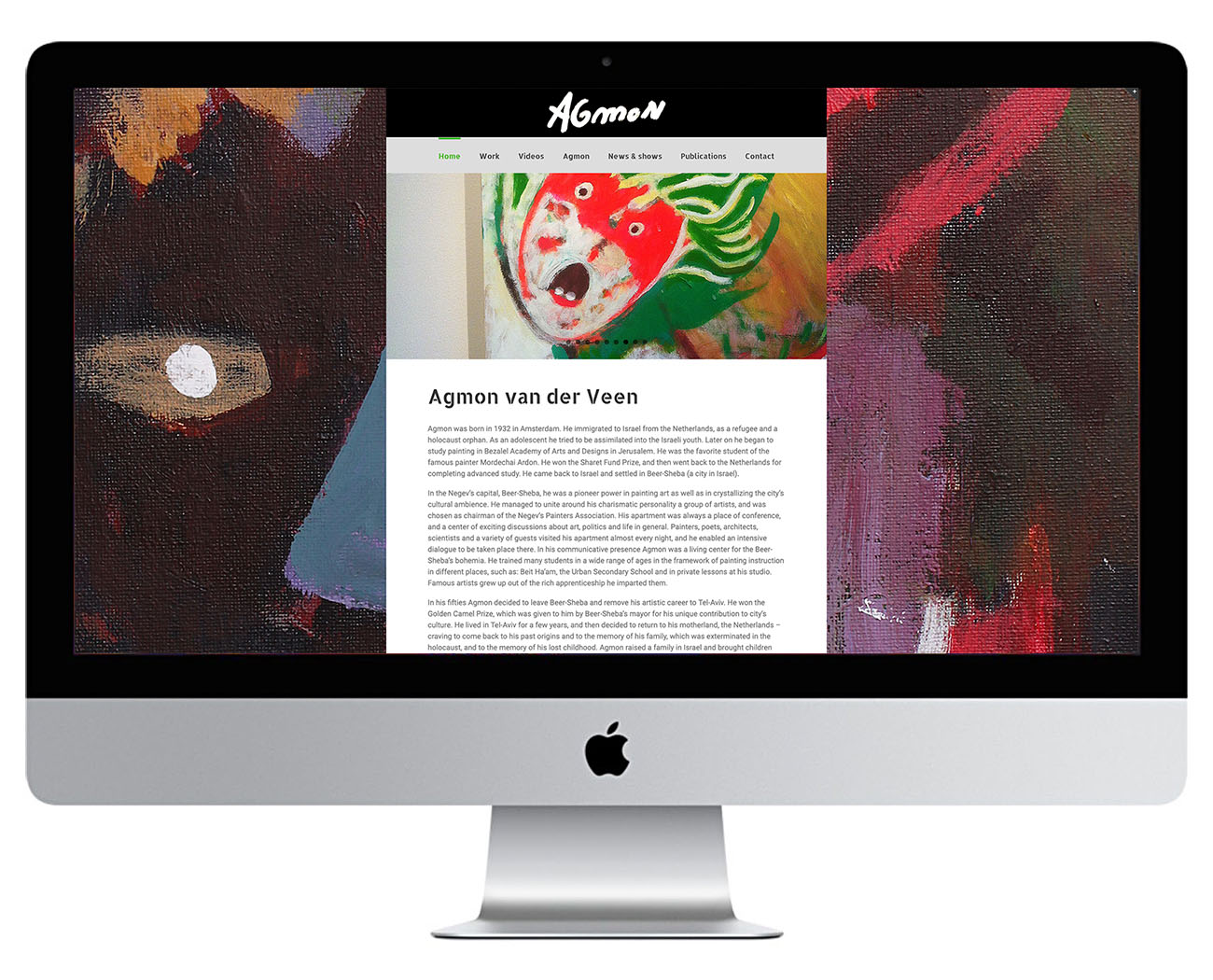